We use cookies to offer you a better browsing experience, analyze site traffic, and serve targeted advertisements. If you continue to use this site, you consent to our use of cookies.
Accept 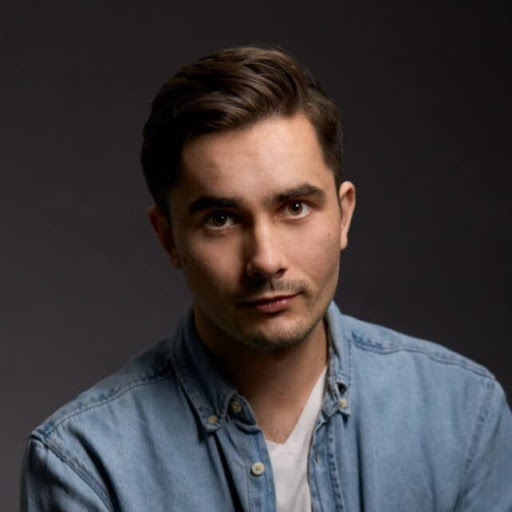 So you got your grip around Ruby, huh? It's time for you to get to know Rails.

But how can you pick the best Ruby on Rails tutorials from an overwhelming number of pieces out there?

Well, I've aggregated some of the most important tutorials you will stumble upon your search so that you don't have to do all the work yourself!

More than that, you will find a number of advanced tutorials in case you wish to develop your Rails skills further.

Note: Learning Ruby on Rails is not the same as learning Ruby and if by now you don't know the difference, I highly recommend that you go back to the drawing board and learn some 101's.

How to pick the best ruby on rails tutorial for yourself

When picking a right Rails tutorial for yourself, it's good to somehow asses the skills you have mastered so far.

Is the concept of variables obvious to you? Do you know the basics of MVC and REST?

You can get those type of questions by going through job offers for junior developers. If it turns out you are familiar with the skills they mention, you are on a good track to assessing your skills.

Moreover, you want the Rails tutorial to cover even more than just basics. More valuable ones will teach you some overall programming principles and methodologies such as DRY - Don't Repeat Yourself.

In case you are just starting fresh, you should probably reach out for some basic materials like the ones I listed for you below.

Ruby on Rails tutorials for beginners

Choosing the right tutorial when starting your journey with Ruby on Rails might determine how well you will do in further education, and most importantly, future work.

Considering the amount of RoR tutorials available there, and how big industry it has become, it might be hard to pick the one that would prepare you the best.

I've done the hard work for you and already run through some of the top platforms and sources that can teach you how to code in Ruby on Rails with a cover-to-cover approach.

Not all the tutorials you can find on the web are absolutely free. This is a curated list of 100% free, no paywall tutorials for you to learn Ruby on Rails.

Learning from the source itself - Rubyonrails.org

The best starting point when learning Rails is the tutorial created by Rails authors themselves, because who could know any better.

It gradually guides you hand-by-hand throughout installing Rails, creating your first Rails application, and connecting it to the database.

Most importantly, it covers the MVC model and REST which are both used in modern Web Development in a way of which importance I can't emphasize enough. Simply a must for every aspiring developer, no matter the technology you are going to work with.

It has eleven chapters that are structured in a most reasonable way, leaving you with a sense of making gradual progress with your Rails app.

A nice addition is a few words on DRY and Convention Over Configuration - two huge philosophies worth sticking to from day one.

A Rails tutorial prepared by Tutorialspoint is quite similar to the one offered by the authors, but it comes with a few non-rails specific terms like AJAX, scaffolding, and a deeper dive into Rails databases.

As a bonus point, there is a whole chapter dedicated to Ruby on Rails interview questions that will give you a better idea of what you can expect when applying for your first job.

Surely a good place to consider after you are done with the original Rails tutorial.

This tutorial touched points on both basic and advanced concepts.

It takes you all the way from writing first Hello World through MVC, migrations, all the way to interview questions.

It has over 23 chapters covering a vast amount of topics useful in any stage of your career.

Before diving into it, you still need some basic Ruby language knowledge.

Well, here's a little trick with this one. It's not entirely for beginners.

FreeCodeCamp is a platform where developers can publish a variety of posts on different topics, all revolving around programming.

That means there is a LOT of content to browse through.

Fortunately, thanks to a good tagging system, you can easily find Rails related posts among which are some great tutorials explaining how it all works from inside.

This could give you a better idea of what goes on under the hood, and this knowledge easily translates to tweaking your overall dev skills.

A worth noticing example of such a tutorial would be a one by Travis Fantina, in which he explains what happens when you create a new Rails project.

Once you get a good grasp over the basic stuff, it's time to jump up a level.

The best way to do so is by doing - taking up challenges in your daily work and contributing to open-source projects.

There are, however, tutorials that focus on more advanced parts of Rails development like code quality, performance, reliability, stability, scalability, and maintainability.

All those add up to the speed of your application, which isn't that important when you are working on simple apps but gains importance with the size of the project.

The author of this piece, Juanito Fatas made a list of idioms that lead to a better Rails performance based on 'Writing Fast Ruby' talk.

It's a GitHub repository with tons of comparison between different uses of arrays, dates, string, hashes and more.

The form is very compelling and digestible, as there is a simple 'vs' example of both uses, showing you the difference and time saving for each operation.

This tutorial was also an inspiration for creating Fasterer - a static code analysis tool that shows you the exact places where you can optimize your Rails app.

Hix on Rails tutorials - get grip on Rails toolset

Our Hix tutorials are designed for developers with more advanced skills who want to focus on code quality, monitoring, proper database work, and general project configuration.

Each tutorial touches a point on a different tool, explaining it deeply in a cover-to-cover manner.

You will find it a great set-up for your skills if you want to go beyond simple concepts.

In times of online courses and Udemy ads following you all over the internet, it seems that books' popularity will drop down completely with the passing time.

Yet this old school cool medium still has the advantage of presenting you with a broader approach to a given topic.

It paints the whole landscape instead of giving you a few objects and forcing you to connect them by yourself.

In opposition to online tutorials, they are not a free source of knowledge.

Ruby on Rails books for beginners

The Ruby on Rails Tutorial

A starting point for most of today's Ruby on Rails developers, "The Ruby on Rails Tutorial" by Michael Hartl is one of the leading books for learning Rails.

The book was published back in 2010 but is frequently updated to keep up with the latest Ruby on Rails versions.

As the author states himself:

The principal teaching method of this tutorial is building real working software through a series of example applications of increasing sophistication, starting with a minimal hello app, a slightly more capable toy app, and a real sample app.

You will get a great overview of the most basic concepts with simple examples.

You can go through the first chapter absolutely for free and decide if that's a piece for you.

Conclusion for Ruby on Rails tutorials

As you can see there is a number of tutorials available out there and if do a little more research, I'm sure you will find much more.

In case I have missed some important pieces you think would fit here perfectly, let me know in the comment.

Good luck with your learning journey!

We've build Hix to help developers like you in top-notch RoR project setup and not wasting time on boring stuff.
Learn moreNo, thanks

Hix on Rails
LicensesTerms and conditionsPrivacy policyCustomer login
Follow us on Twitter for RoR news and tutorials!
wpDiscuz